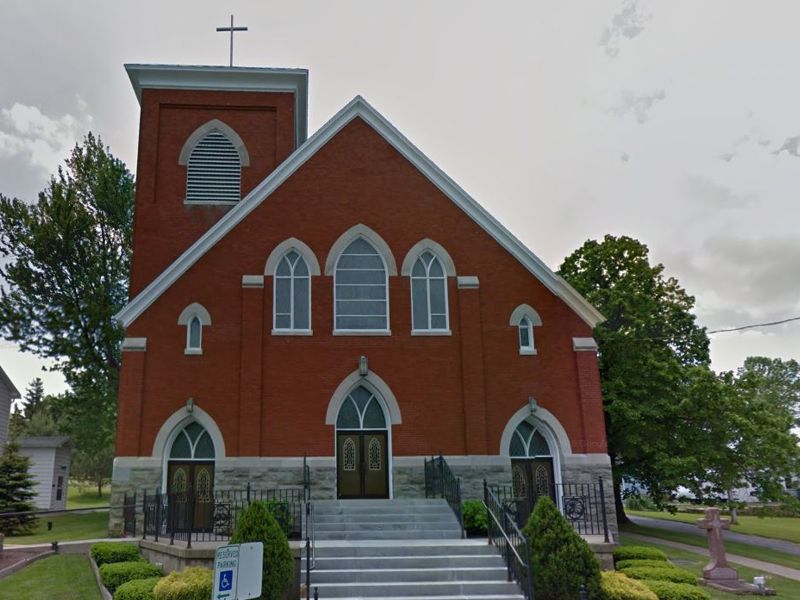 GLIMPSES OF THE HISTORY OF ST. STEPHEN’S PARISH

In the late 19th and early 20th century, Poles came in increasing numbers to upstate New York. They came to Oswego, at that time a bustling industrial and shipping hub on the shores of Lake Ontario, to work in its factories, mills and foundries. Here they built the thriving parish of St. Stephen, King of Hungary. Many historians believe that Saint Stephen was born around the year 975, and his mother was a Polish princess, Adelaide. As a sign of this legacy, a regal statue of St. Stephen stands to the right side of the sanctuary and bears the legend “Szent Istvan”, or “Saint Stephen” in Hungarian.

The altar was once used by Pope John Paul II when he was still Cardinal Wojtyla on a fundraising visit to the USA in the 1970’s and was standing unused and unrecognized in storage. Our next pastor, Father Andrew Baranski, arrived to face the difficult task of linking two different ethnic parishes, St. Stephen’s and St. Joseph’s which has a strong Italian heritage, forming a strong new pastoral family, while preserving the unique character of each parish. In 2010, the centennial of the present church’s completion, the church interior was repainted in new and vibrant colors as a sign that St Stephen the King was rejuvenated to face a new future as a living Christian community filled with optimism and trust in God.