The French speaking people of Oswego first united to start a church, St. Mary’s, in 1848, under the direction of Father F. C. Foultier.  This was a period when the city’s population was expanding rapidly, and St. Mary’s became crowded by the addition of Italian, German, and Irish families.  By 1870, the pews were being rented to more than one person to be used at different Masses, and the 400 French families began to feel that it would be wise to give the English speaking Catholics full possession of St. Mary’s.  Eventually an agreement was reached whereby the French were paid 7,500 dollars for their rights in the church.  With this money they purchased a large building known as Mead’s Hall, at the corner of East Fourth and Bridge Streets, which was dedicated to St. Louis, King and Confessor of France, and consecrated by Bishop John J. Conroy of the Diocese of Albany.  The first pastor was Father John F. X. Pelletier, who came from Quebec, and the first trustees were Edward St. Michel and Edward Lefebvre.
By 1873 a convent was erected for the Sisters of St. Ann at a cost of $14,000, and for a number of years a school accommodating 300 pupils was maintained.   Sadly in 1937 the school was closed due in part to the poor condition of the building of the school, the poor financial outlook from the Great Depression, and the decrease in school enrollment.   From 1906 to its close, 179 boys and girls graduated from St. Louis’ school. 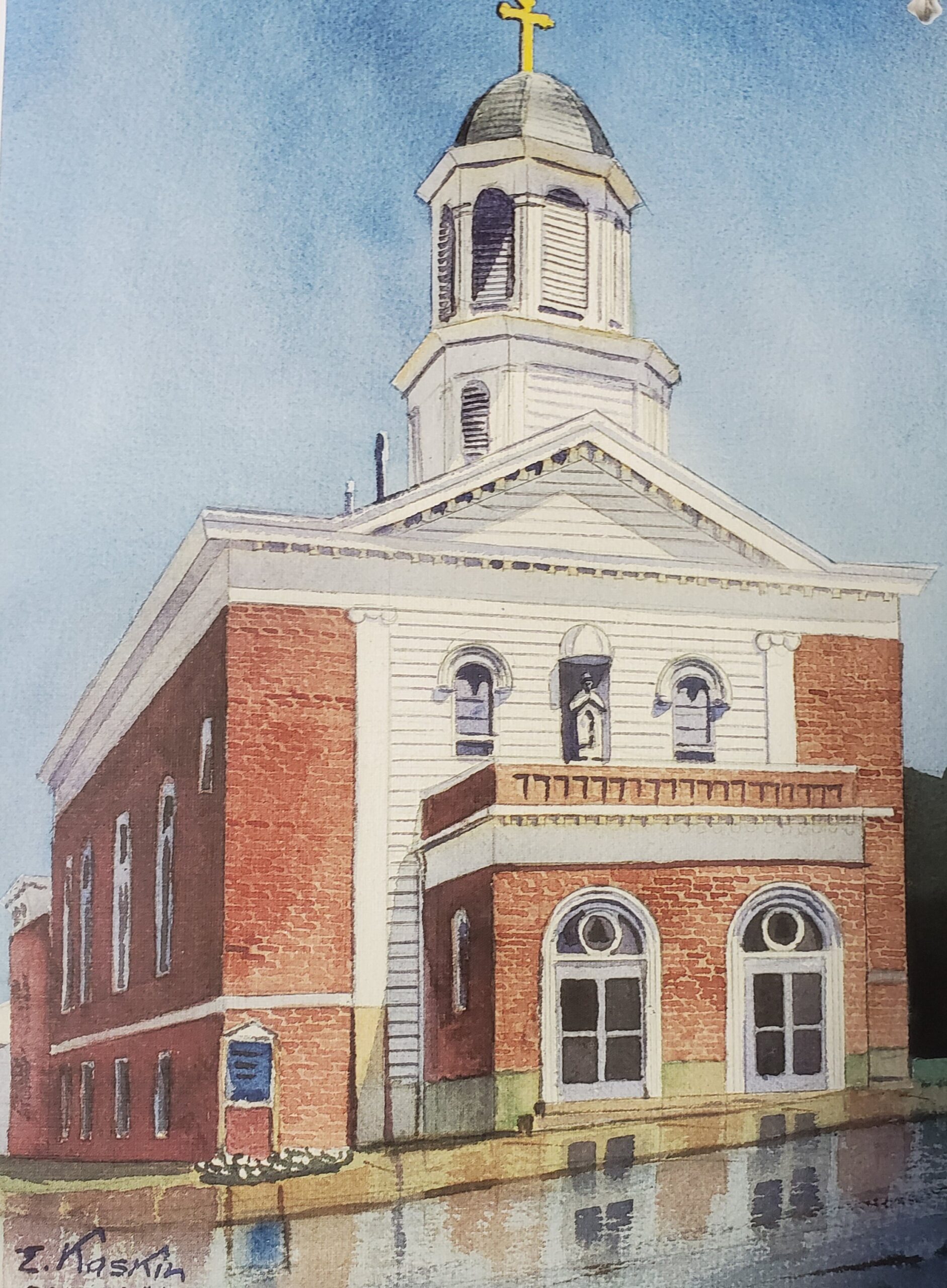