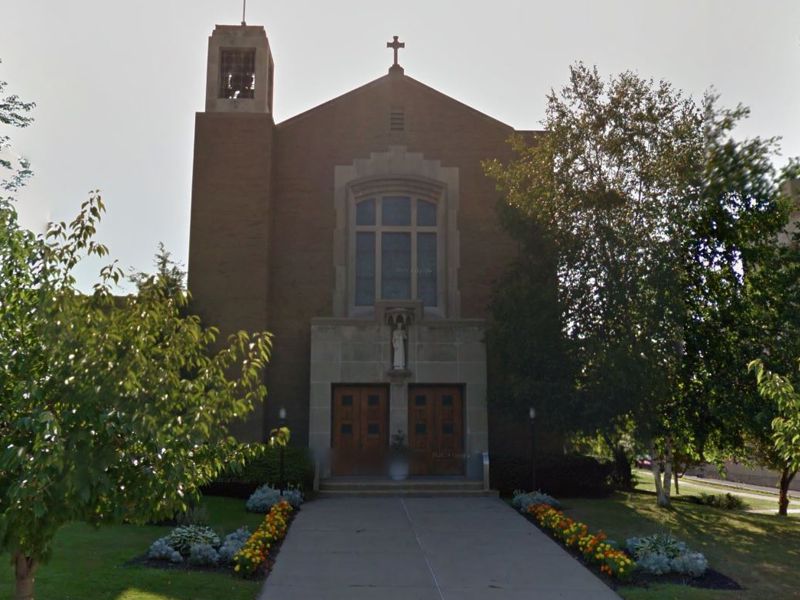 A census was held of Italian households in the city of Oswego in 1914 and it was found that there were approximately 1,500 persons of Italian heritage in the city. It was decided that Oswego needed an Italian Church. First, Hennessey’s Hall on East First Street was leased and the first public service was held on Easter, April 4, 1915. Services continued for 18 months at this location. It was then decided to purchase property on the West side of the river and plans were made to purchase the Universalist Church on West Second Street. The first services were held Friday evening, September 29, 1916.

As the parish continued to grow it was decided that a new church would need to be built. This work was started May 20, 1956. During this time Masses were held in the Oswego Theater, morning Masses in the convent, and weddings and funerals at St. John’s or St. Louis’ churches.

The parish center was built and dedicated March 19, 1993.